Text to Tradition: The Naisadhiyacarita and Literary Community in South Asia 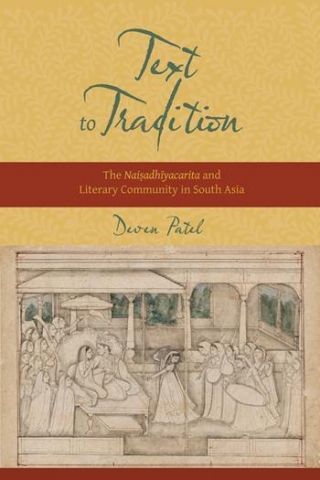 Written in the twelfth century, the Naisadhiyacarita (The Adventures of Nala, King of Nisadha) is a seminal Sanskrit poem beloved by South Asian literary communities for nearly a millennium. This volume introduces readers to the poem's author, his reading communities, the modes through which the poem has been read and used, the contexts through which it became canonical, its literary offspring, and the emotional power it still holds for the culture that values it.

Text to Tradition privileges the intellectual, affective, and social forms of cultural practice that inform a region's people and institutions. It also proposes a new way to conduct literary historiography, understanding literary texts as "traditions" in their own right and emphasizing the various players and critical genres involved in their reception. The book underscores the importance of the close study of individual works to building a history of literary cultures. In addition, it creates a groundbreaking model for approaching the study of other venerated South Asian texts.